Labor Day Weekend – 2020 – this year just keeps throwing challenges at all of us from every direction it seems.  Unfortunately, I am writing to advise members that a second invasive plant has been found in Lake Arrowhead.  Brittle NAIAD/European NAIAD.  Trained plant paddle surveyor and LAC Member Deb Broderick discovered the plant in the small cove in front of her family home near the end of Old Country Way in Limerick.  Deb forwarded the plant sample to the Maine Lakes Society and from there it went to the DEP for biological confirmation.  Late last Friday 8/28, I received a call from John McPhedran of the Maine DEP informing me of the find. From that point, I have been updating both LACC and LAC Boards with the daily activities.
As we discussed the plant, and the fact that it was a new invasive, I asked John if we now qualify for the DEP’s Rapid Response Program.  This is a set of dedicated funds the DEP uses to immediately address and plan for any newly found invasive.  As it turned out, we qualify and John reached out to a contracted paddle survey group, YCIAP which is headed up by Laurie Callahan.  This past week, Laurie came out with 4-5 volunteers and met up with Deb and her husband Dale Schultz to conduct a paddle survey of the shoreline.  Laurie identified a few individual plants along the shoreline paddling up from Ledgemere Dam and then met at the Broderick/Shultz property. They progressed to one of the DASH boats harvesting VLM in the main boating channel and showed our DASH divers the plant.  Our lead diver, Steve Church, informed everyone that he has seen a major bloom of this plant and knew exactly where it was.  Steve joined the paddler’s and lead them to the property adjacent to where Deb found the plant in her cove.  As it turns out, this very well could be the source of the invasion due to the size of the area.  Laurie returned with additional surveyors on this past Thursday and conducted a survey from Bay Cove down to Ledgemere Dam.  One additional plant was found in the first cove to the left of the dam.  GPS coordinates were captured and provided to the DEP.  LACC immediately deployed the YELLOW milfoil markers around the areas identified to keep boaters out of the area.
What next?  The DEP this week also reached out to NE Milfoil, a company under contract to the DEP for Rapid Response.  They have a harvester equipped with a fine mesh bags that work best with naiad.  Why?  Brittle Naiad and milfoil both can spread by fragments, however, the naiad plant produces seed pods that release and are easily spread.  Its key to contain the seeds as harvesting occurs.  The good news, DEP brought NE Milfoil on Friday, 9/4 and removal began at the identified areas.  DEP, NE Milfoil and LACC’s Dash Team worked together and have removed all identified plants.  Seed pods were not in abundance, so we may have caught some type of break. All identified plant locations have been removed at this point.

Next Steps – Laurie Callahan will be back this coming week to continue plant surveying and let us know of any additional finding.  She will work the Brown Brook area down to Five Island narrows.

DEP- will be assessing the results of the additional surveys that will be ongoing and develop a plan that could involve a return next year before the plant moves into its seeding cycle.

LACC – Our team will begin searching for the fine mesh and over the winter season, manufacture new baskets for our DASH boats that will provide better screening.  Additionally, we are looking at developing a mesh screen system that will be under the pour through flooring system.  This hopefully will prevent seeds from re-entering during harvesting.

I have added links so you can read about Brittle Naiad and some pictures of the operations on Friday.

Hopefully, we are on the correct side of the curve on this plant.  I will keep everyone informed. 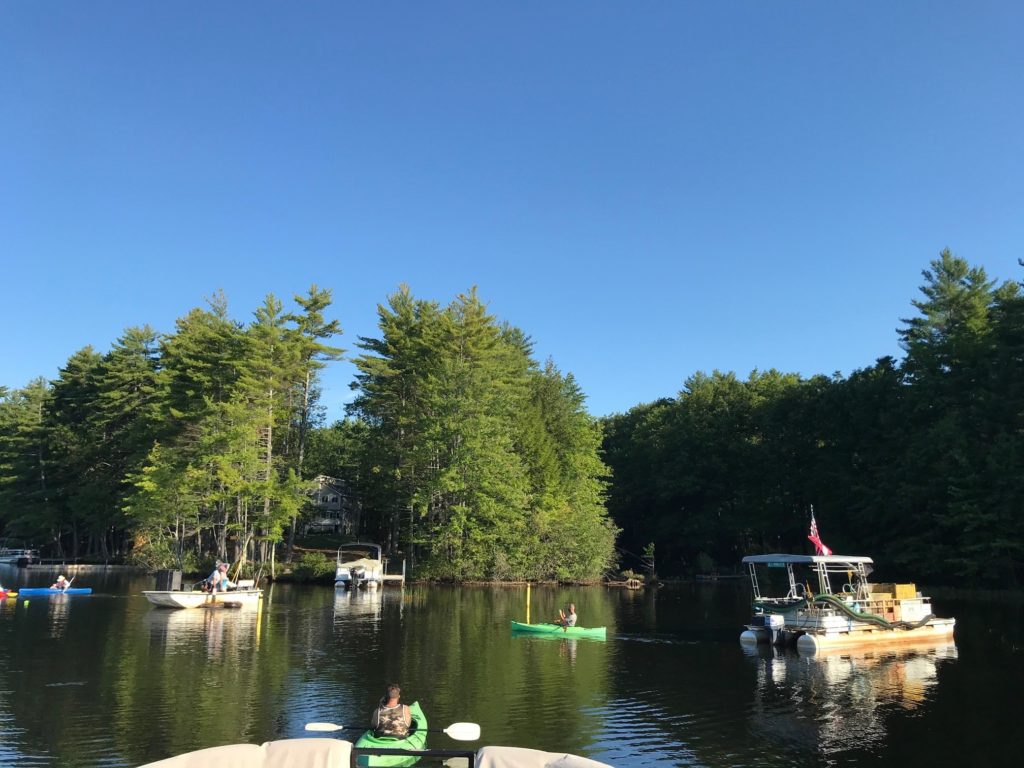 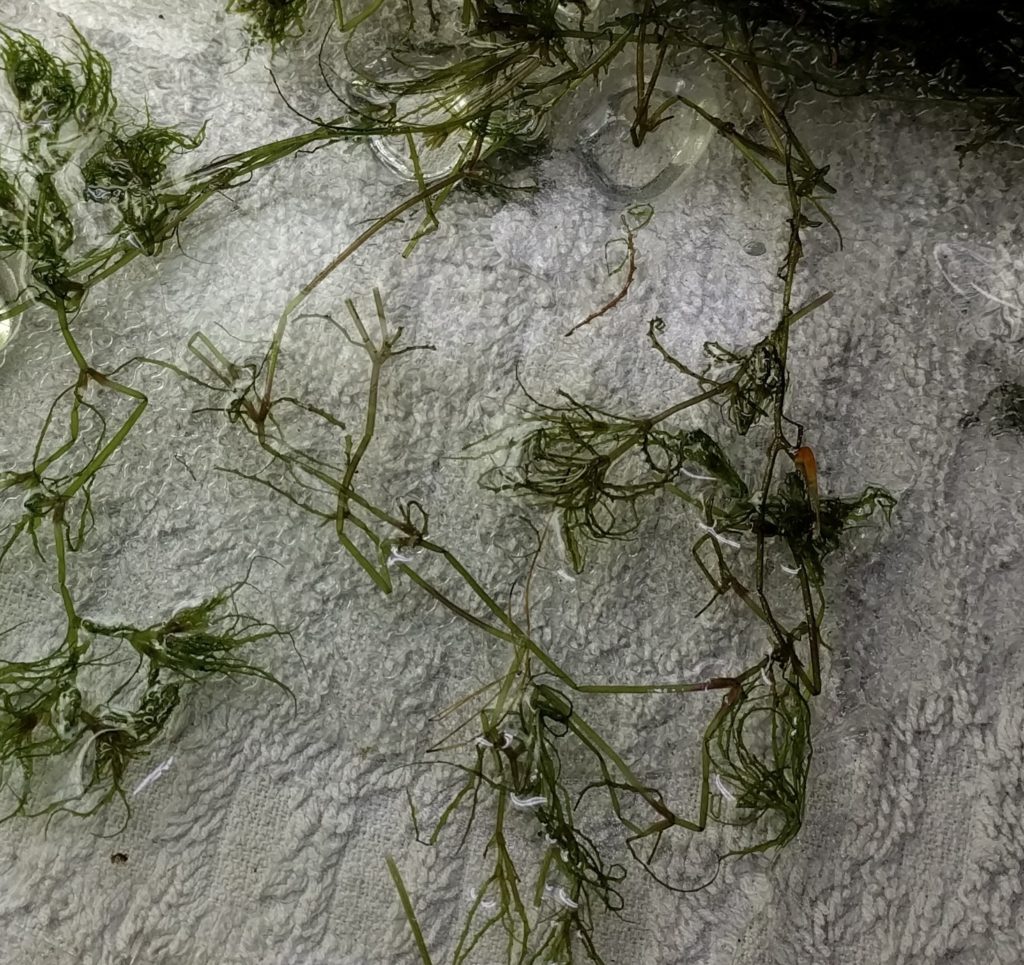